Marma point therapy is an energy healing practice that emerged within the 5000-year-old Ayurvedic system of healing. It is based upon an elaborate energetic matrix that is commonly believed to have been the foundation for later point therapies such as acupuncture, acupressure, and reflexology. The knowledge of Ayurvedic vital energy points was originally used in a dichotomous manner: Kalaripayattu warriors struck specific marma points to kill opponents while Ayurvedic physicians used other marma points to invoke healing. A marma master, sometimes called an “Aasan” or “Marmani,” had the rare knowledge of how to move or remove prana (life energy) to achieve the desired outcome.

What Is a Marma Point?

What are these points with the power to heal? Marma points are often referred to as the junction points of consciousness and matter. To understand them, a rudimentary knowledge of Ayurvedic energy anatomy is helpful. According to Vedic wisdom, there are 72,000 channels of circulating life force, known as nadis, which flow into the physical body. These rivers of life current quite literally animate and enliven the human body. The points at which prana exits the nadis and enters the physical body are known as marma points. Thus, marma points connect the intangible energetic body to the tangible physical body.

Where Are Marma Points?

There are 108 marma points—107 on the physical body and one in the mind. Physically, the marma points are found where tendons, bones, muscles, joints, veins, nerves, and other tissues meet. Ancient healing physicians mapped out the specific locations of marma points as well as their effects upon various parts of the body. Each marma point corresponds to a specific vayu (function of prana), dosha (constitutional type), dhatu (bodily tissue), and srota (physical channel).

When prana flows freely from the nadis into the marma points, there is health. If, however, the energy becomes stagnant or its flow is disrupted, health is impaired. There are a plethora of common practices that can disturb the natural flow of prana through the marma points:

Even if your lifestyle is relatively healthy, simply living in the modern world may be enough to impact the flow of life force entering your body. Many processes that are often associated with aging (fatigue, stiffness, memory loss, fragile bones, sensitive digestion, etc.) are, according to Ayurveda, the result of the progressive devitalization of the body due to impaired pranic flow.

Marma therapy works to clear stagnation in the vital energy points and thus increase vitality within the corresponding body parts. Because marma techniques work at the level of raw prana (prana that has not yet been differentiated into its various functions within the human body), its ability to facilitate physical, mental, emotional, and spiritual healing is immense. Ayurvedic physician and author Dr. Vasant Lad suggests that flushing energy within the marma points can activate the body’s inner pharmacy, shifting one’s biochemistry and causing the unfoldment of radical, alchemical changes.

The Subtlest Layers Hold the Greatest Potential for Healing

In order to work on the musculature, firm pressure is necessary. When moving toxins through the lymphatic system, less pressure is required. In fact, if too much pressure is used, the lymphatic system will be bypassed and the muscles activated. To access the layer of energy, a gentle touch is essential. Energy is akin to a sensitive plant that folds inward in response to a heavy touch. Gentle, light touch is the only way to work on marma points.

The Intention of the Therapist and Client Must Be Aligned

Energy responds to energy. Like attracts like. A powerful thought can evoke corresponding energy in the body. When working on marma points, the powerfully held intentions of therapist and client unite to activate the marma point and direct the inflow of pranic energy. In his book Perfect Health, Dr. Deepak Chopra states that “since mamas are not superficial but penetrate deep into the system, they can be stimulated mentally.”

Because marma points are essentially “gates” through which the healing, sustaining, and vitalizing life force enters one’s body, their potential for harmonizing all aspects of the physical and mental systems is tremendous. Based on my 20 years of experience as a healing arts practitioner, client reports suggest that marma point therapy may offer the following benefits:

What Can You Expect During a Marma Point Treatment?

There are several methods by which marma points can be stimulated. A trained Ayurvedic therapist will be able to recommend which method will meet your specific needs. Typically, a practice begins with a srota or ahyangha massage to relax the body, apply herb-infused oils to draw out ama (toxicity), and work on specific marma points with circular movements. The direction of the circles—as well as the order the marma points are stimulated—will depend upon one’s dosha and/or intention for treatment. Clockwise circles are used to stimulate energy flow while counter-clockwise movements are used to calm and pacify energy. For general relaxation, counter-clockwise circles are generally suggested. Depending upon individual needs the following components may also be incorporated into a marma massage.

Essential oils contain energy and information from nature. This intelligence communicates with the energy and informational content of each marma point to invoke a specific response. For example, sandalwood oil may be used on the Sthapani marma (the point between the eyebrows) to calm the mind and awaken intuition. Eucalyptus oil may be used on the Kshipra marma (point on the palm between thumb and pointer finger) to help clear respiratory disorders.

What are marma points?

Ayurvedic medicine — and ideas about the existence of life energy and marma points — has been around since roughly 2 B.C.

In Ayurvedic medicine, marma points are anatomical locations in your body where a concentration of life energy exists. Marma points are said to contain the three doshas:

These doshas are believed to be linked to your physical and emotional well-being.

Like traditional Chinese acupuncture, Ayurvedic medicine believes that stimulation of the marma points can improve your physical and mental health.

It’s also believed that injury to the marma points can result in negative health effects in the body and in some cases, further injury and even death.

It’s said that there are 107 marma points in various locations around the human body: 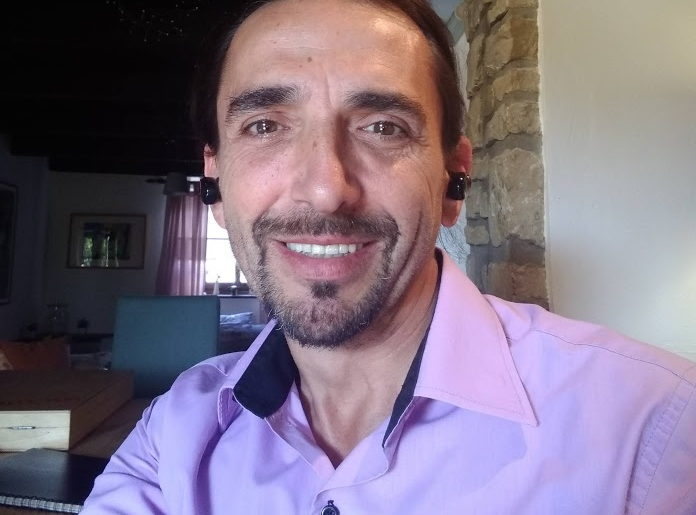 Relaxation and balance and the ability to let go is so important for our very wellbeing, which is our indicator for being on the right track towards what we really want to experience in life.

We guide you to take easy steps towards inner peace and constant joy. This is where well-being starts.

We are dedicated to your health, wellbeing, personal healing, growth and discovery.

Raise your energetic vibration and learn to keep it high. So you become attractive and helpful to others around you.
Learn how to heal your relationships. Don`t be part of the problem any longer. Become part of the solution. Become a healer yourself.

Our cozy farm house in Niederanven is a beautiful relaxing place for coming together, for exchange, spirit and mantra music, for meditation, uplifting workshops and coaching given from a non-judgmental space, with empathy, equanimity and joy.

Read More
Follow Us On
× How can I help you?